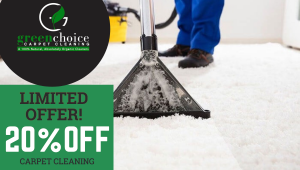 Green Choice is committed to the best green carpet cleaning procedures, and to give our customers a 100% green cleaning carpet service in Manhattan, NY at an affordable cost.

After 20 years in the business, we saw green carpet cleaning products not only improve in effectiveness but steadily decline in cost.

We decided that it is time that green cleaning no longer is a premium service for the few, but is affordable to all our customers at no extra cost.

If you want a safe and effective way to clean your carpet, rug, mattress, or upholstery, call us for a free no obligation estimate today.

Almost every year the EPA sends out a warning about another well-known carpet cleaning chemical or product due to some level of toxicity.

Some of these warning are directed at well-known brands that are still sold on the commercial cleaning market.

In 2006, the EPA asked DuPont to remove its Teflon Carpet Protectant from the market, because one of its ingredients, PFOA, could cause cancer, liver damage, and birth defects.

The EPA asked for a recall on Scotch guard in 2001, which was used for more than 50 years before being recalled.

In 2003, 3M re released Scotch guard with a new chemical ingredient, and the company claims it’s safer, the new formula is labelled as a Persistent Organic Pollutant, meaning it can cause various disorders and health issues with exposure.

Even with the knowledge, this product is being used in carpets everyday. 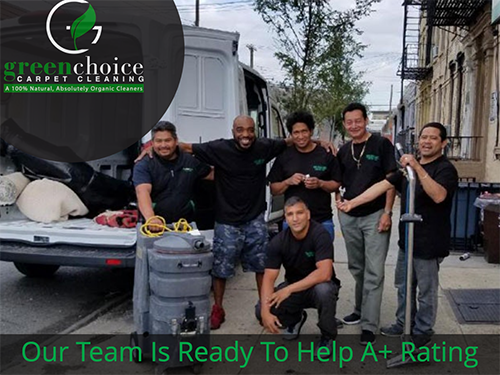 At Green Choice we only use chemical free, green cleanser. We only use the safest green carpet cleaning agents and protectants on the market.

In the past decade green cleaners have caught up to the regular chemical cleaners and can be just as effective.

Green Choice take great pride in making sure our customers receive the best carpet cleaning experience without any harmful chemicals being introduced in their home or office.

Click the button below to learn how to save up to 20% off your next booking In Manhattan NYC
Get a free Quote Now
Click to Call!